I wonder if it's a more common phenomenon for medical bloggers to update on a reverse schedule, meaning updates exclusively on the weekends, and rarely during the week.  Because who has the time?  Anyway, it's been a particularly hectic week at work, stacked with all the things that make life exciting (occasionally to excess): codes, emergencies, various Oral Board scenarios brought to life.  But at least I had the weekend off.  I'm on call next weekend, my last weekend call before my scheduled maternity leave, so if I can just get through that (weekends on call are always rough, because aside from the weekend itself, you're basically working two weeks in a row non-stop without a break) I think we'll be OK to sail into the home stretch.

The thing with having a busy job and working full-time is that you really feel that you don't have enough time with your kids.  That's just the fact of it--if that's the path you're eyeing, male or female, you will feel this way, it's simply a matter of resource allocation and during the week, especially, the time just isn't there.  In the medical field, particularly, even nights and weekends at home are not a given, so you just have to kind of carve out time when you can.  Weekends here, post-call days there.  Usually nights don't find me at my best--after work usually I'm in a state of fatigue that brings me to "I wash myself with a rag on a stick" territory, but you know--sometimes there are earlier days off, and sometimes you get a break to do something fun.

I got out from work a little early on Wednesday this week (post-call of course, because ain't nothing in life is free), so I decided to do this with my time: 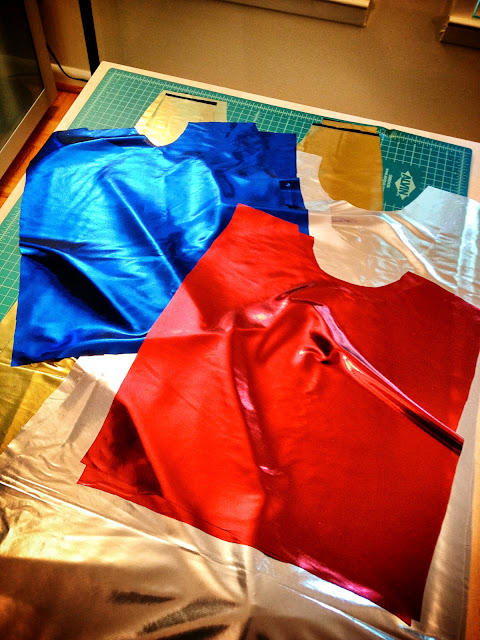 I know, it doesn't look like anything, but the inspiration was this: I got Mack these super cheapy superhero costumes at Christmas (actually I can't remember who actually got them for him--I get enlisted to get gifts for the kids from various relatives, and it might even have come from "Santa" himself, who can remember now).  They were ignored for months, until one day, suddenly the kids decided that superheros were THE COOLEST and dressing up like superheros and making laser sounds while fake-punching your brother in the head with your Bat Fist was OMG THE BEST GAME EVER.  So the costumes have been getting some use. 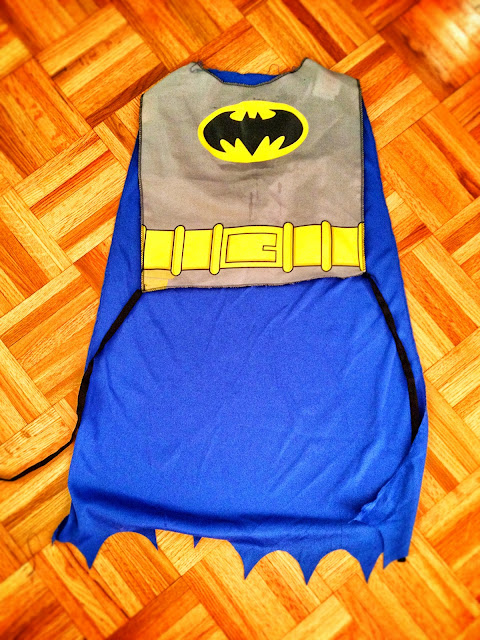 As you can see, they are pieces of crap.  Thin, fraying nylon, just a simple apron-type construction with a back tie.  All the kids can see is the logo and the Superness, but now that they've got some miles on them, all I can see is how much they are falling apart.

I was at the fabric store the other day when I saw this crazy metallic fabric on sale.  It was a reflective polyester, which is as sleazy as it sounds, and I thought to myself, "Who would buy that shit?"

And then I realized: I WILL.  I WILL BUY THAT SHIT.  WITH WHICH TO MAKE SUPERHERO COSTUMES.

I think I've already explained my affection for Things Reversible when it comes to kids, not the least benefit of which is that if I'm going to put in the effort to make one superhero costume, I might as well get two out of the deal.  The other benefit is that you can be two different characters--I made one costume each for the boys, both identically reversible (red with a gold cape on one side, blue with a silver cape on the other) so that they could choose to be on the same team, à la "The Incredibles," or on different teams if they preferred.  So far they've mostly chosen to be on different teams.  So they can FIGHT.  And make LASER NOISES.  And I personally have been unable to stop saying, in the voice of Samuel L. Jackson, "Where's my super suit?" 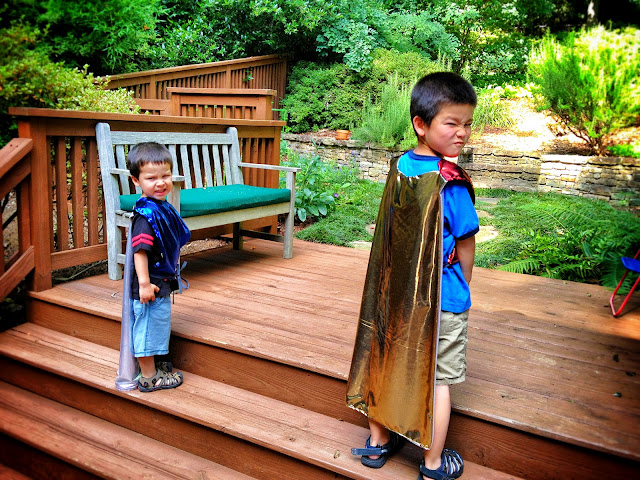 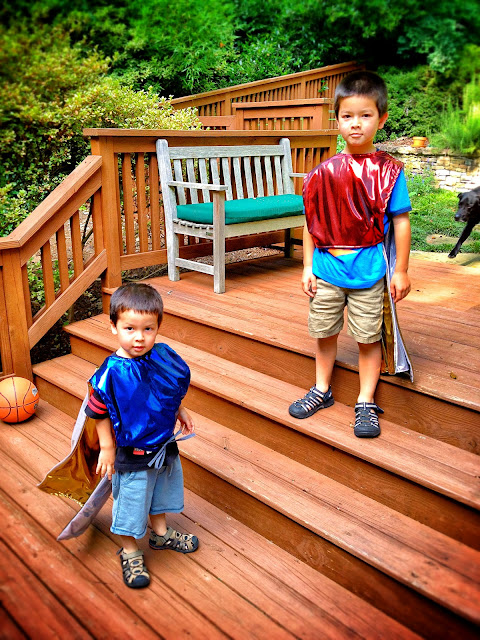 The next step in the plan was for them to design their own superhero logos and for us to glue them on the chest with felt shapes, but we ran out of time, so it's still a work in process.  Still, even plain, they're very super. 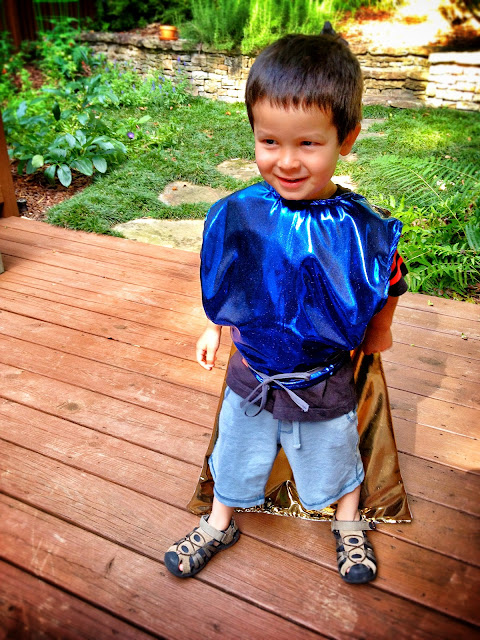 The other kids project I did yesterday was to make a freezer-stencil T-shirt with Cal.  (Tutorials for freezer paper stencil techniques are all over the internet, just Google it, but I will heartily endorse the pursuit, it is easy and satisfying and as you can see, even a child can do it.  Well, maybe not the part where you cut out the design with the razor blade, but otherwise.)  Cal chose the design himself--it's Boba Fett, for you non-nerds out there.  He actually requested Jango Fett (Django?) on the basis that Jango is cooler ("He has two guns!") but since they look the same I think this tracing of Boba Fett (originally off a pumpkin carving tutorial) sufficed. 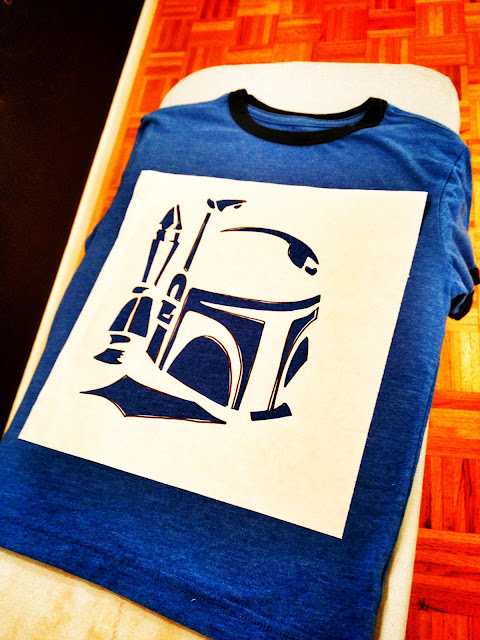 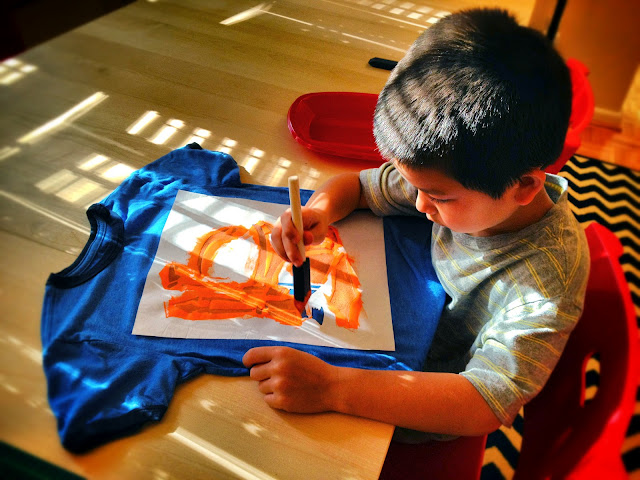 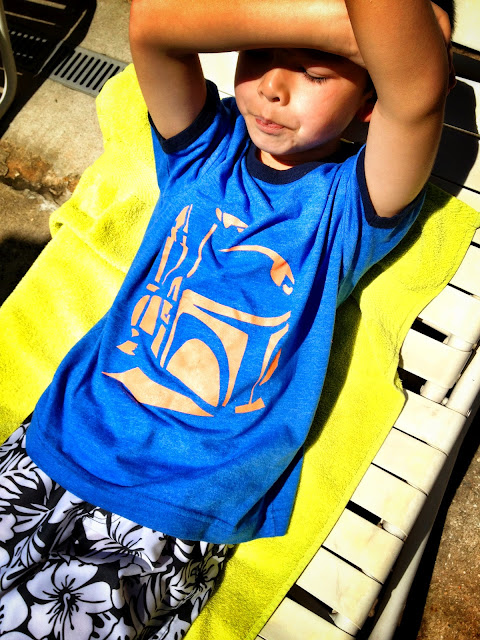 I made a shirt for Mack too, but I just kind of did it myself since he's a little young for the whole activity.  I toyed with doing a different Star Wars design but decided in the end on this, since Mack, as a three year-old, lives in a world not unlike that of John Malkovich after going into his own portal in "Being John Malkovich."  Malkovich Malkovich Malkoviiiiiitch. 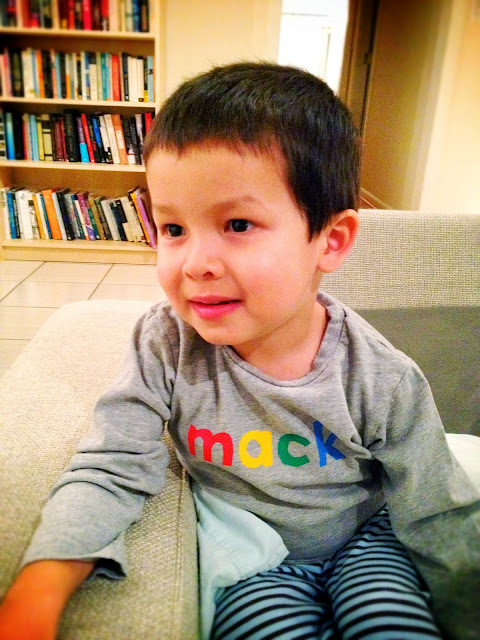 Anyway, this has partially been in answer to the people who ask how I have time to do all the things that I do.  The short answer is: I don't.  My honest assessment is that I probably don't spend enough time with my kids, but luckily, I work as part of a team, and between the time that all of us put in, the kids are OK.  Otherwise, I just try to maximize the quality of the time that I do have to spend with them (as energy allows), and like I always say, they'll tell me in the end if it was good enough. But we try hard, and it's what we have for now.

And at the very least they'll have some really cute clothes to wear to family therapy.

Speaking of having kids...hey, let's play this game now! 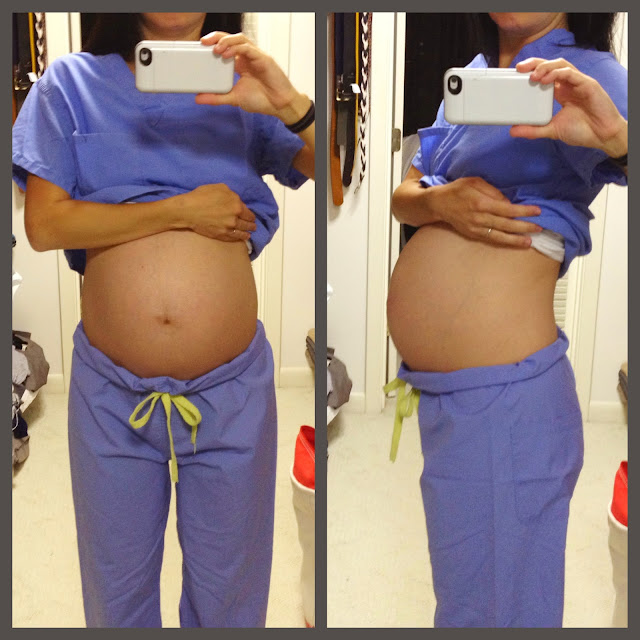 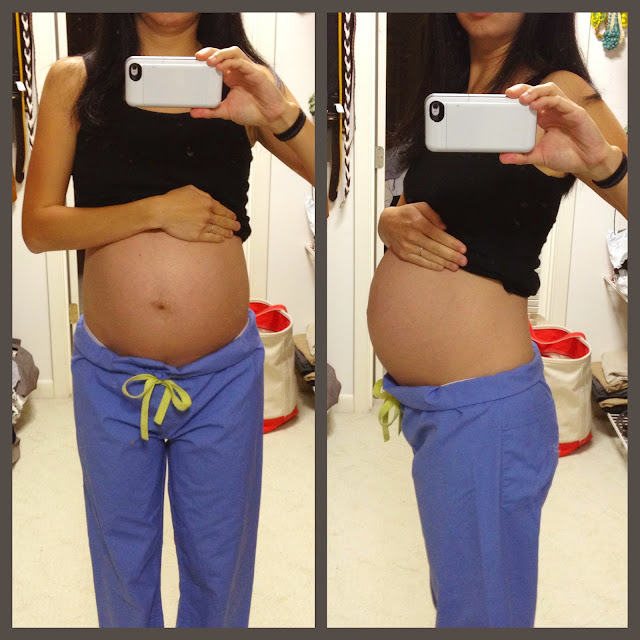 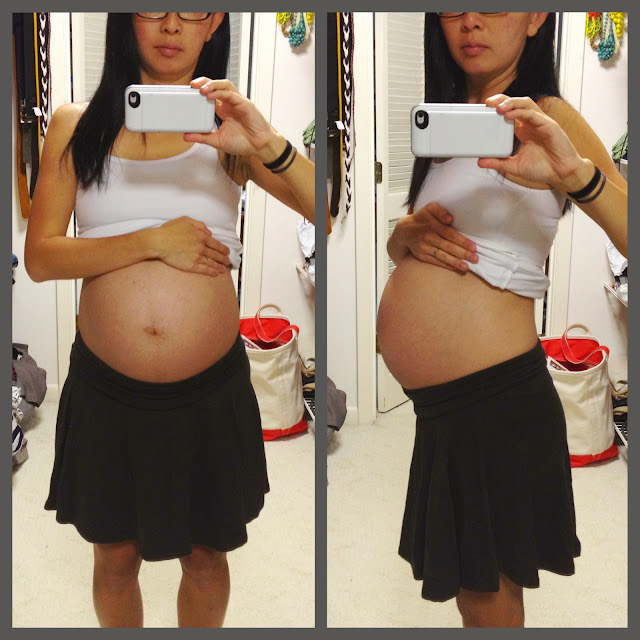 About a week ago Joe observed independent of me (this lends validity) that he thinks Thing 3 has dropped down a little bit--engaged herself, if you will--and I have to agree.  Since it's my third kid, I don't think it means anything much (meaning it's both less and more comfortable, but I don't think I'm going into labor tomorrow or anything) but it's certainly the next thing, for what it's worth.  Also I enjoy going around saying "ENGAGE" in the voice of Jean-Luc Picard, so who says the third trimester can't be fun? 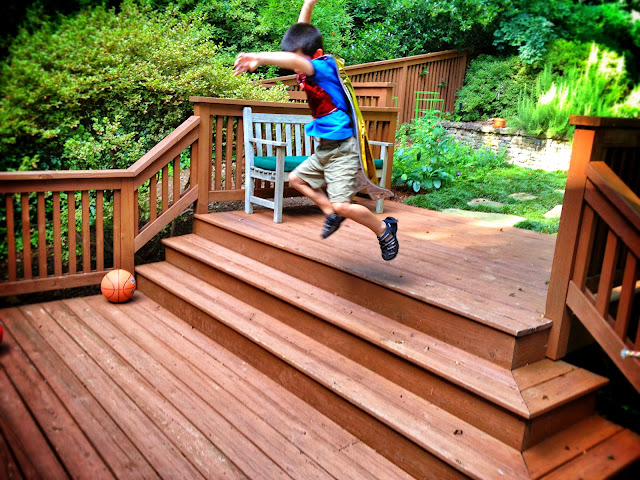 Have a good super week, everyone.
Posted by Michelle Au at 6:51 PM