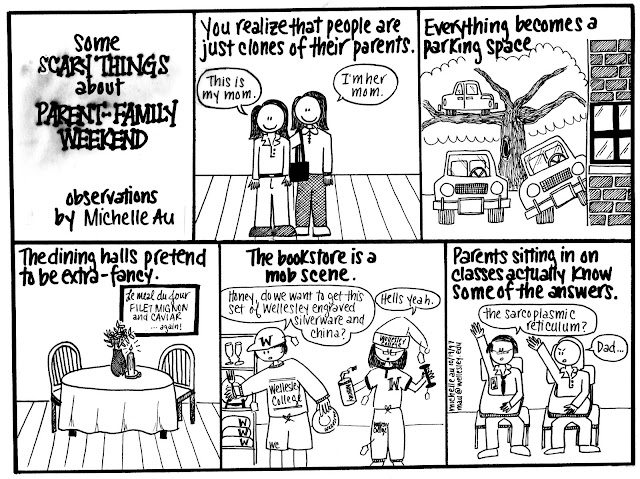 The main good think about Parent-Family Weekend was that the food was better, and miraculously, the weather was always pretty good.  That's...that's about it.  There were also a lot of weird men-folk wandering around campus (fathers, grandfathers, brothers) and in the dorms, which was kind of jarring.  I don't know what it was like for everyone else, but for me, after about a week at Wellesley, I kind of forgot I was at a women's college.  That is, until something co-ed happened, and I had to figure out why it was so weird to see someone who was 6 foot 2 with a beard walking around.  The elusive Sasquatch!
Posted by Michelle Au at 12:00 PM