I want to talk about mechanical pencils for a second. No, I don't have many friends, why do you ask?

So I'm in the market for a new mechanical pencil. I would like to use it for math-ish homework, but also for precision line drawing--not so much shading, so a firm fine-ish point would be better. The platonic ideal I have in mind is a pencil I used ages ago as my primary drawing tool, but I've moved literally 6 times in the past 12 years and I can't for the life of me find the one I used to use. (Yes, I've looked. Yes, I only had one.) But here's a description. It was a metal-bodied mechanical pencil, which likely held 0.5mm lead (my preferred note-taking lead in med school). It had a nice weight to it, and though it was a narrow barrel, it had a wider foam rubber grip that made it easier to hold. The grip was SOFT but NON-TEXTURED (I cannot emphasize this enough) so that it relieved grip fatigue but also did not produce any unpleasant pressure points. The hold of the barrel on the lead was firm, so it did not have any unsettling give to it like some tips do (are you familiar with mechanical pencils that have some "bounce" to them when you write? That's some bullshit) and because of this it delivered exquisite control over the line. The eraser was but a nubbin, but it was a dynamo at erasing fine lines, and if you used it judiciously for detail work, it would last for quite a while. I can't remember the brand of this pencil--I want to say it was either a Zebra or Pentel, but neither maker has anything on the market at present that looks quiiiiite like what I'm looking for.

Here are some other pencils I've used in the recent past. 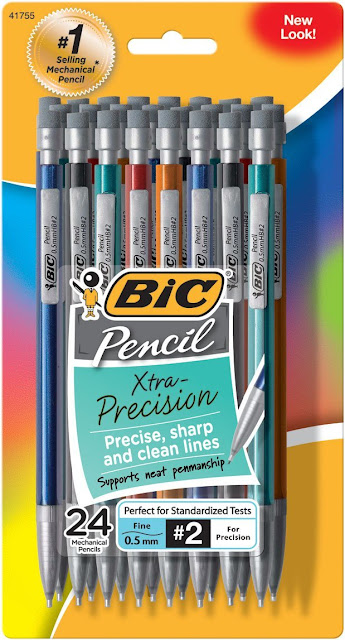 The Bic disposable mechanical pencil. I've used these since college. They're...fine. I'd use it for taking notes that I didn't need to be particularly neat. It wouldn't break my heart to lose them, and so I did, often. But the barrel is a little small and hard, and my hand would get tired often if I used them for prolonged periods. Also, the eraser is shit.

This Pentel twist-erase situation. They're OK. The barrel is nicer (wider, and though the rubberized grip is ribbed, it's not ridged in an way that hurts your hand), and it sports nice long eraser refills. It clicks lead from the top, not like those pencils that have their clickers on the side, where the grip is, like some kind of LUNATIC PENCIL which doesn't understand that THAT'S WHERE YOU HOLD THE PENCIL WHEN YOU WRITE, WHY WOULD YOU PUT THE LEAD ADVANCEMENT BUTTON RIGHT WHERE YOU'RE HOLDING IT TO DO WORK? (Sorry. I have Many Pencil Opinions.) But the lead it comes with is garbage (yes, I know I can swap the lead out) and something with how the mechanism holds the lead it place feels not quite firm, like there's some wobble or give to it. Again, it's OK. I use it to do my stats homework. But I miss my old pencil. 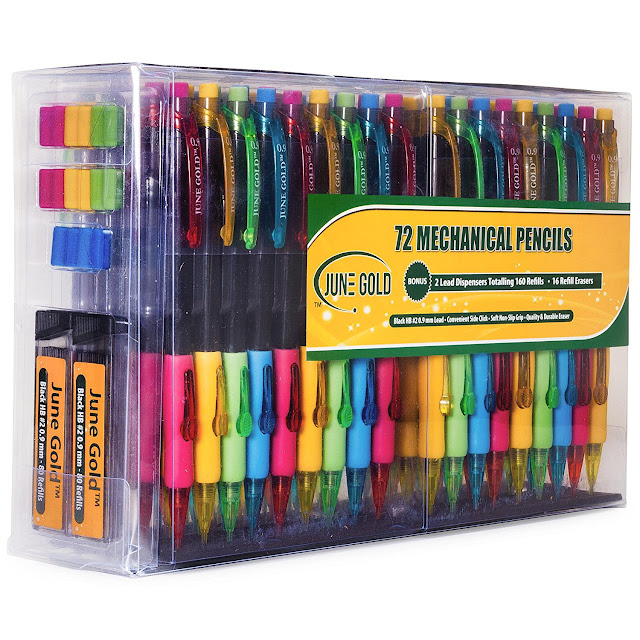 These pencils are garbage, which is why I get them for my kids. (She said lovingly.) They cost $20 for a million of them and they come in that fat lead that is harder to break. I also keep a bunch of them in a jar on the piano, so that kids who come over for chamber music rehearsal can use them to mark up their music. If someone takes or loses these pencils, I could not give less of a shit, but I will not touch them to do my own work. They also have that illogical side lead advancement mechanism, because TRASH.

So I was looking at this pencil (the Pentel Graph Gear 1000 Automatic Drafting Pencil in 0.5mm), because it looked like it might have some of the features I was looking for, but...I don't know. The eraser is spot on, and in fact makes me think that the pencil in my memory was a Pentel. But the nubbled grip and the textured metal looks...painful. The pocket clip looks kind of high profile, or prone to breakage. And the price tag. I can't remember how much my original Platonic Ideal mechanical cost (and in fact, I might not have purchased it at all in the first place--it's entirely possible I stole it from Joe and just kept it because MARRIAGE) but for upwards of $9, would I be too worried about losing it to use it? Probably I could find it cheaper off Amazon (Amazon does tend to charge a markup for teeny weeny cheaper items that cost more to ship than to buy), but...so lazy. I have also glanced at some of the pencils on JetPens, but some of the nicer ones cost, like, $20-$30 each, so if they're not going to make me breakfast in the morning, they're really going to have to be something special. (Which is not to say I am not open to being convinced--I have a gaping soft spot for office supplies.)

Tell me what pencil I should buy. Thank you for your pity.
Posted by Michelle Au at 8:19 PM