So it's Cal's birthday party this Saturday.  We're going to do exactly what we've done for the past two years, which is to go to the local municipal pool, get a wad of pizza (appetizing to refer to it as a "wad," I know), and let the kids go crazy.  Do you want to see what I got for party favors?  Yes you do.  YES YOU DO. 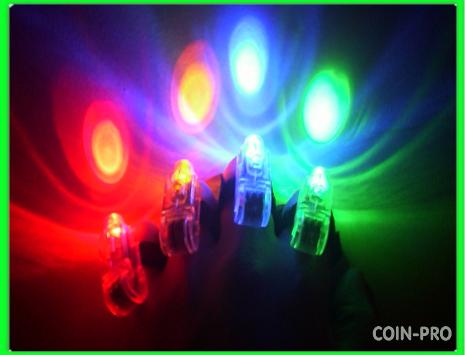 Finger lights!  They're like little tiny flashlights that you can put on your finger.  Why?  What is this for? I don't know, ask a kid!  (Maybe they want to don their earth-colored hemp robes and re-enact that underground Zion rave scene from the "Matrix" sequel.) 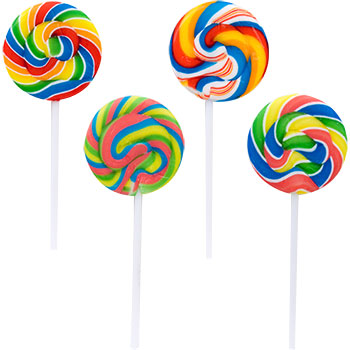 Also, these lollipops that no one actually eats because they're too big to cram into your mouth and also don't actually taste that good, but that kids go nuts for because they are gigantic and rainbow, LIKE MY SOUL.  (OK, I don't know what that means.) 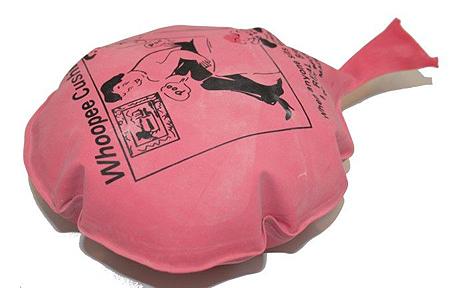 Also, Whoopee Cushions, which I found a great deal on last night, after which I tweeted abundantly on flatulence related humor.  I particularly like the helpful diagram (one presumes for prudes who have never seen a Whoopee Cushion) including the little word bubble that insists: "POO."
See, the thing with party favors is: I know they're kind of a waste.  Kids play with them for two seconds and then they end up in the footwell of your car or at the bottom of the toy chest or soggy after a rain in the front lawn.  I have plenty of post-other-kids-party detritus cluttering up my own house, so every year I think: I just shouldn't do favors this year.  But then every year when I give out favors anyway (last year it was pencils and stickers and handfuls of leftover candy--I can't remember from which holiday, I'd like to think it wasn't Halloween but it well may have been) and it just makes the little guys so damn happy.  So what's a couple more dollars thrown in the direction of your local party crap store for that kind of joy?  It may well be just a gimmick, or at best a brief thrill, but at any rate the joy is full-bodied and genuine, and that's something we all need more of in our lives.
So...pass the Whoopee Cushions, and viva los farts.
Posted by Michelle Au at 7:35 PM