oh my stars, another giveaway!

Long-time readers may be aware that this site is not run for commercial purposes at all (that is to say, I don't run any outside ads) though as a citizen of the planet Earth I do interface with commerce from time to time and as such will occasionally talk about businesses or products that I find particularly delightful.  I am also aware that I have turned a good many of you onto becoming drooling, mindless zombie addicts of a site called JetPens, which features stationary products from Asia, and...well, I'm sorry, but it's not going to get much better.  (I myself have a relapsing remitting course of the disease.)

A few days ago, Brad from JetPens e-mailed me and said that he'd noticed that I, you know, enjoyed JetPen products (to put it somewhat mildly) and wanted to send me some samples to try out, as well as a gift to pass on to my readers.  I said, hmm, I don't know, I don't really have strong feelings about pens and stationery and nerd stuff like that but OH OK FINE SEND 'EM OVER.  I told him that much of my readership was medical, and as such, my interest were pens that were precise, smudgeproof, in colors reproducible by photocopy, and preferably retractable.  He sent me a few, and to be honest, I haven't really tried the others yet, but that's because the first pen I grabbed was this one. 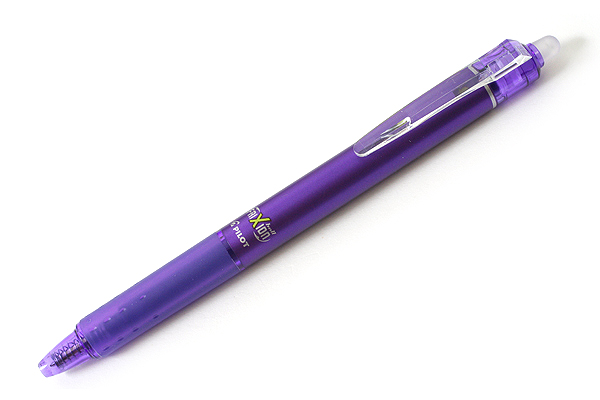 OK, so before you tell me, let me save you the time.  I KNOW IT'S PURPLE.  That's the one he sent me, so that's the one I'm showing you.  It comes in other colors too, so don't, you know, freak out yet.  There's more freaking to be had a few paragraphs down.  Anyway, my childhood pediatrician wrote with a purple pen through the entire decade I was with his practice (I believe it was a purple Pilot Precise V5, now that I think of it--funny that I can remember that, but I DO) so, you know, it's a legitimate choice.  My pediatrician was a delightful gay man with a diamond earring who practiced out of an office in Greenwich Village and who smoked cigarettes in his office--sometimes while we were sitting there, holding his ashtray for him--so I'm not saying it's an orthodox choice, but I loved my Pediatrician and I love purple pens so there you go.

Anyway, let's get down to brass tacks.  It's called the Pilot FriXion Ball Knock Retractable Gel Ink Pen in 0.5mm point.  Why does it have so many parts to its name, like a member of British royalty?  UNCLEAR.  But it's a gel pen.  It's retractable.  The ink is waterproof and (I read somewhere) "alcohol proof."  It writes well.  But let the pen speak for itself. 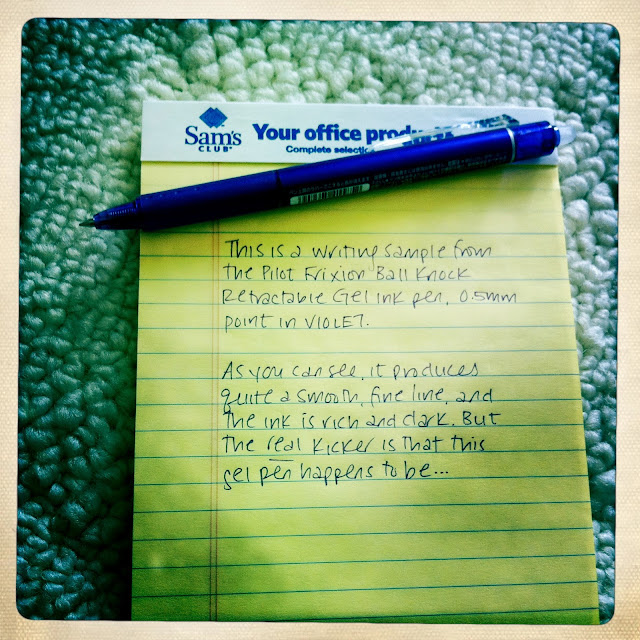 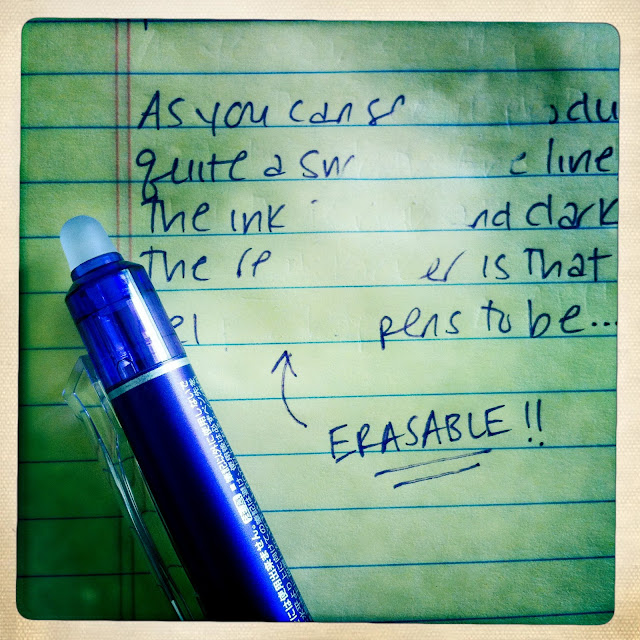 Holy shit, guys, it's an erasable gel pen!  I DIE.  I'd had erasable pens in the past--they were something of a fad when I was in, oh, I want to say the fifth or sixth grade.  But this erasable pen is nothing like those sad, sticky, ballpoint pens of yesteryear with their unweildy grey gum erasers packed onto their readily displaced pen caps.  First of all, the ink is phenomenal.  Smooth, dark, rich, no globs.  Just like the best gel ink pens.  Secondly, the eraser is amazing.  It's not like a pencil eraser at all--it doesn't leave all those little eraser bits to brush away.  I think the erasing process actually works by friction (oh, I get it...FriXion!  Ah!) and it's the heat produced by the eraser rather than rubbing off bits of ink and paper itself that make the line disappear.  But it does erase, and it erases well, as you can see above.  How does it work?  Do I look like some kind of scientist?  I don't know.  Therefore, it is MAGIC.

OK, now for the bad part.  First of all, I'll probably never use this pen at work, because, well, I don't think you should write anything in the medical record that could be erased.  It doesn't erase just from touching it, mind you, but it's possible, over time and with a lot of rubbing, that the line may fade.  So that's one.  But remember, I work at a hospital--if you don't work at a hospital, or if you use pens for anything that's not archival, I really don't see any problem with it.

Secondly, I think that it is somewhat temperature sensitive, due to the aforementioned erasing capability.  I think that if you subject the erased ink to temperatures below - 10 degrees Celsius (14 degrees Fahrenheit), the erased lines may reappear.  But that could actually be kind of fun--I'm going to do an experiment later on and write a Super Secret Spy message for Cal that he can expose by sticking it in the freezer.  It'll be like Freaky Freezies--remember those gloves with the designs that would appear when you went out in the cold?  Anyone?  The '80s?  Yes well...they were cool.  Also, for the opposite reason, they don't recommend you leave the pen in a hot car, or on a tar roof in the middle of the summer or what have you.  These are all limitations, yes, but for most people, under most normal working circumstances, it is a really, really cool pen.

And, you know, I would give it away to you, my readers, only Cal has claimed it for his own, and therefore I have to give away this other thing, which is even better. 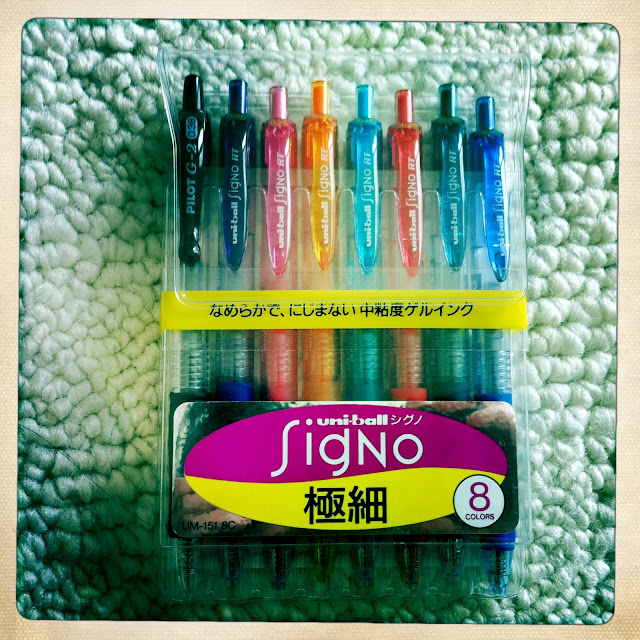 I have waxed rhapsodic about the Uniball Signo RT UM-138 pens before (I believe Brad noted that they were "my favorite," which is pretty close to accurate), and he sent along this 8 pack in all colors to give away to one lucky reader. 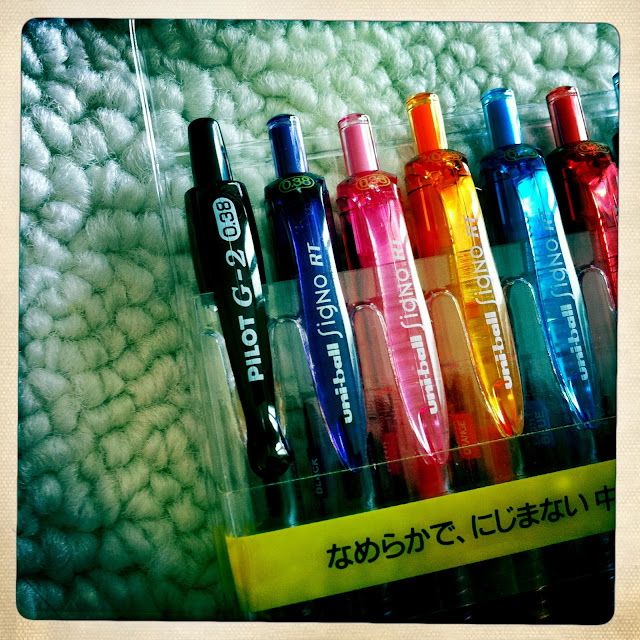 You may have noticed that I had to substitute a black Pilot G2 in 0.38mm point for the original black one that came in the pack, because SOMEONE (I suspect Cal) got into this pack before I could and now I can't find the black pen.  But I think I have a new black Signo RT UM-138 lying around somewhere from a previous JetPens foray, so if I find one of those, I'll sub it back in. 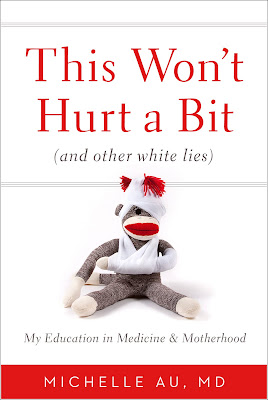 I'm also going to throw in, because it's going to be fitting for the rules of the giveaway, one free copy of my book.  It's OK if you already bought a copy, you can give it to a friend, because you're just that generous, and, might I mention, good-looking.  (I would like to point out, of course, that July 1st fast approaches, and there may well be no better gift for the new intern or resident in your life than this book, which many are calling "the new 'House of God'.")  How can you qualify for this fantastic giveaway?  I'm so glad you asked.

I've been doing promotion for my book.  And I'll not lie to you: it's hard.  Book promotion is one of those things that involves lots of time and energy and connections (and, let's be honest: money), and as a first-time author, albeit with a lovely and hard-working team behind me at my publisher who are doing a wonderful job, getting the word out about a book when you're not a Big Name can be difficult, especially in a choked summer market.  To be honest, it feels at times like wearing a sandwich board reading "WE BUY GOLD" in the middle of Midtown Manhattan next to a Sbarros as everyone rushes by avoiding eye contact.  There might be more that I could be doing, or should be doing, but the thing of it is, writing and this book is not my sole career.  So there's only so much time I realistically can spend, you know, pimping myself.

I've been thinking a little bit about guerrilla marketing, which is to say modes of marketing that involve unconventional and imaginative (and often interactive) devices rather than just, you know, a pile of cash to buy ads or shelf space.  Nowadays, I'm sure that using social media could be a big part of that kind of marketing approach.  So.  Here's the dizzle.

Think of some novel and imaginative way to get the word out about my book, which, in case you haven't been paying attention, is called "This Won't Hurt a Bit (and Other White Lies)."  If you're doing something online, do try to link to a site that sells the book, and/or the book website.  DON'T SPEND ANY MONEY TO DO THIS, I'm not telling you to go broke, I just want your help in trying new approaches and new avenues.  Also, don't break any laws.  (No murder, you guys.)  The aim is to not just to increase awareness of the book, but to get people to want to read it.

Use your blogs, use your Twitter accounts and Facebook, make a funny video on YouTube, whatever.  Just don't make it so that people are less likely to read the book after your efforts, you dig?  So do some novel publicity, something new and different that we haven't seen before, and then tell me about it.  You can e-mail me, with a link or a picture (preferred, so I can keep better track), or you can tell me on Facebook or Twitter.  (I am @scutmonkey on Twitter, and I friend all comers on Facebook, so go ahead, just ask.)  I will look at all the entries, most likely share them, and pick the most effective one by...oh, you want to say July 11th?  That's a month from now, that gives you enough time, right?  The winner gets the pens and the book and a personal thank-you note from me on my personal embossed stationery, which is something that I have now because I am a grownup, dammit. 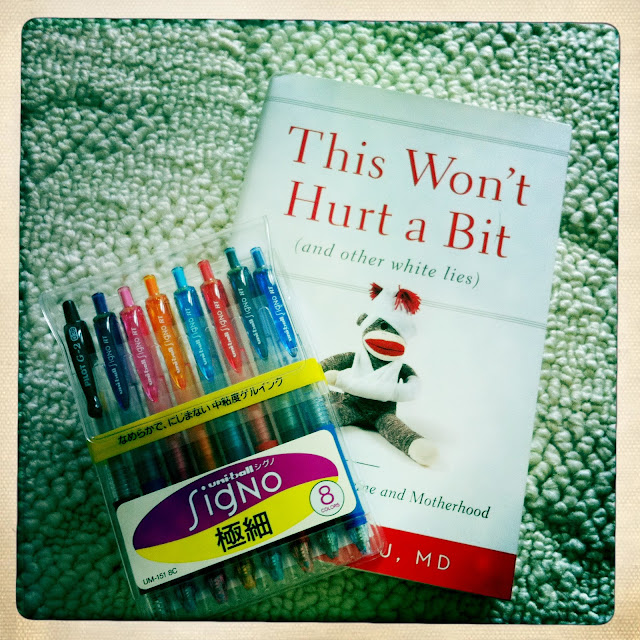 Spread the word!  These pens need a good home!  Also the books, think of all the poor, orphaned books out there that need nice warm shelves or night stands to sleep on!  WON'T SOMEONE PLEASE THINK OF THE BOOKS?