somewhere between all and none 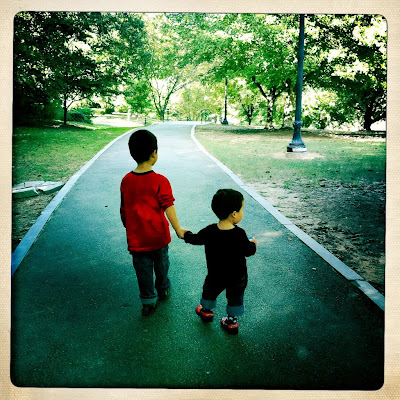 I've long ago come to the conclusion that as a working parent, "having it all" is a myth, one perhaps not purposely designed, but nonetheless effective, in making normal hardworking people feel bad. I'm going to say it right here, and go ahead and quote me: you cannot have it all. I mean this realistically, not pessimistically. I just think it's not possible, and the sooner you realize that, the sooner you'll stop beating yourself up about not being superhuman. 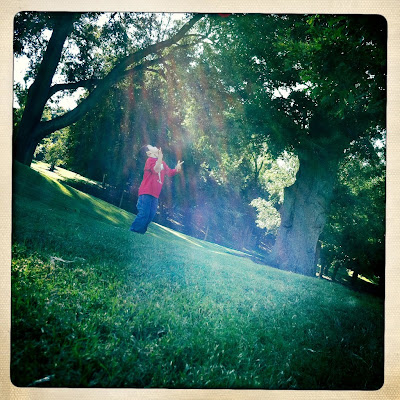 There was a time when I was younger (read: more naive) that I thought that "having it all" was a real possibility so long as I was willing to work hard at it. I would be really, really good at my job and I would spend a lot of good, quality time with my kids, and everyone was going to grow up with good moral values and excellent study habits and we would talk about how our days went over family dinner every night, a meal which I would not necessarily cook, but could certainly heat up. (Even at my most idealistic, cooking well never entered into the fantasy. Some limits I have always been aware of.) 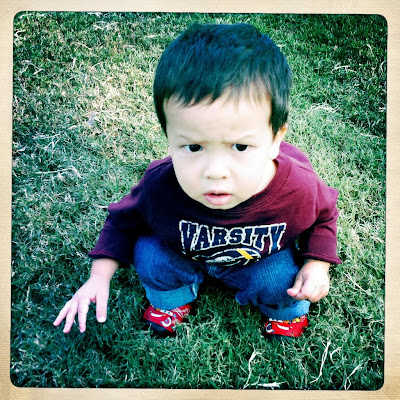 I am now what the me of the past would consider a grown-up. And this is the reality of things. Aside from on the weekends, we never have family dinner. I am not home for the kids' dinnertime about half the time, Joe almost never is. The time I spend with them in the evenings is more goal-oriented than quality. Finish dinner, hustle everyone into the bath, let the kids play in the basement while I catch up on other things that have been ignored during the day, and it's the wind sprint of snack-milk-toothbrushing-books-bedtime. If Joe is home by bedtime (which thankfully he usually is now), we divide and conquer--he takes one kid, I take the other. And then we go to bed, usually by nine, because we have to get up early the next morning and we're tired, don't you know. I don't feel like I get much quality time with the kids during the week. And I definitely don't feel like I have time to do the things that will make me better at my job--reading journals, studying, reviewing questions that came up during the day. And that's what working parenthood feels like a lot of the time. Trying to do two important jobs in parallel, and half-assing both of them. 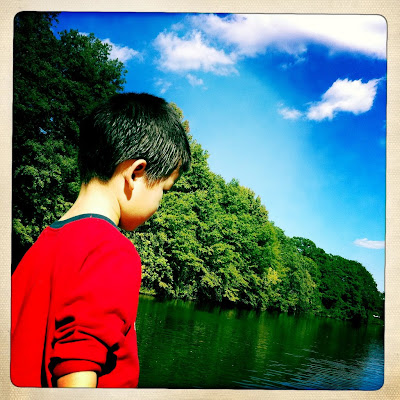 There are probably people with jobs more amenable to the constantly fluctuating schedule of the preschool child, but medicine in general is not really one of them. I have never been to one of Cal's classroom get-togethers. I can rarely make it to parent-teacher conferences. It is only through extensive planning, switching dates with other parents, and taking overnight call the night before that I can even hope to make it to such big events as Cal's Gold Star Day or his Person of the Week or his Lucky Strike or whatever they hell they're going to call his Super Special Snowflake MVP Day this year. Everything in schools seems to happen mid-morning, and having a mid-morning reliably free on a week's notice is just not something I can reasonably expect to accommodate. 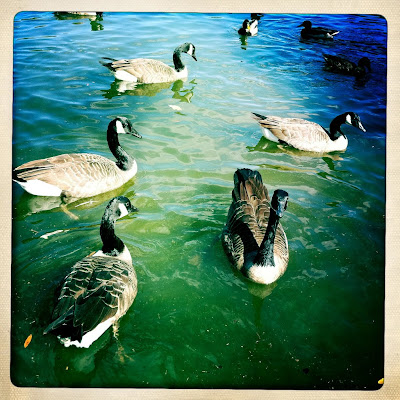 On the other side of things, I have a stack of papers two phone books high of anesthesia study material that I've been meaning to go through for the past six months and which I have not touched. I have textbooks sitting hopefully on my bookshelf with their spines still pristine, because I have not yet had time to read them. I never spend time with adult humans outside of work. During the course of a normal work week, I almost never have cause to eat a meal unless it is as fast as humanly possible (at work) or standing up behind the sink (at home). So it seems that on both fronts, I'm not really making out very well. 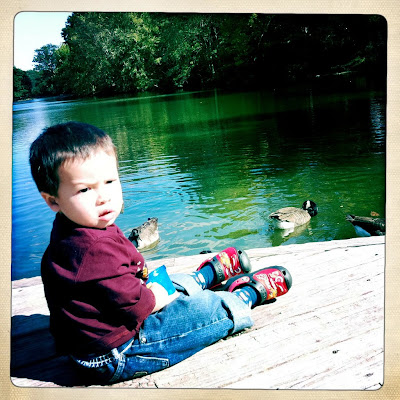 The thing is, though, I'm starting to be OK with that. That's just how things work. Time spent doing one thing is time necessarily spent not doing another thing. I can't change that. I love my job and I love my kids, but I can't do both things at once. So depending on what's going on and the time of day, I have to prioritize. It's triage, plain and simple. And you do the best you can with what time and resources you have. 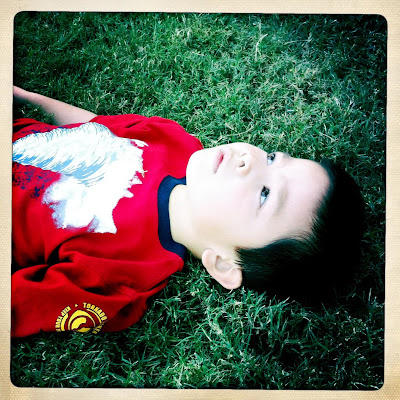 Some days I feel like I hardly see my kids at all. And some days--mostly a day after a day that I haven't seen my kids at all--I'll have the chance to get out from work early. And maybe that's the day that I decide, you know what, instead of trying to cook dinner and return all those e-mails and stressing about how many CME credits I still need to get this year in order to keep my medical license active, maybe I'll pick Cal from school and take both kids to the park. And then we'll play ball and feed the geese. And maybe we'll just hang out, and not worry too much about what time it is, or what cases I have scheduled for tomorrow, or the fact that the inside of Cal's lunchbox smells like carrion. We can worry about that later. Right now, we can just, you know, sit here. Sit here in the grass together and feed these fat geese. 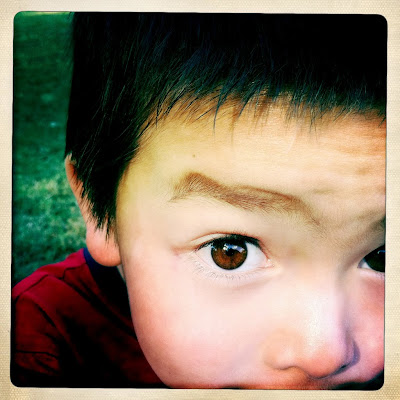 It's not having it all, and it's not perfect, but most days, it's enough.
Posted by Michelle Au at 5:46 PM