I don't even remember when the last time it was that I made a new comic (I suspect it was right before I submitted the manuscript for my book to the publisher,* so that would put me in the last few weeks of residency, roughly a lifetime ago), and I don't want to make a big thing about this, because the comics...are really pretty stupid. But anyway, here's a new one.

The comics really do take a lot of work, which is probably why I haven't made a new one in just about a decade. There's the sketching and the penciling and the inking and the erasing and the scanning and the cleaning up and the titles and cropping. To think, I used to go through this entire process every single weekend for three years when I was in college and the cartoonist for the Wellesley News. This makes me realize that back then, when I thought I was busy, and had so little free time? I had nothing but time. Kids...don't know stuff.

Anyway, it's many years later now, and I am old, and semi-responsible, so I feel the need as an attending to say: Allergies are real, and can be serious. Listen to your patients. Use common sense, but respect the histories they are giving you.

However, sometimes funny things are funny. Maybe this comic is one of those things. And maybe now you understand why I was on that fine point mechanical pencil bender. 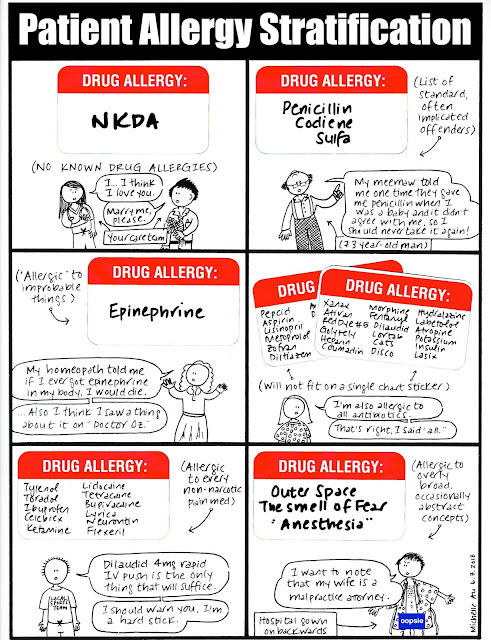 And here, so you don't hurt your eyes (we're all a decade older now, aren't we?), I have it panel by panel. 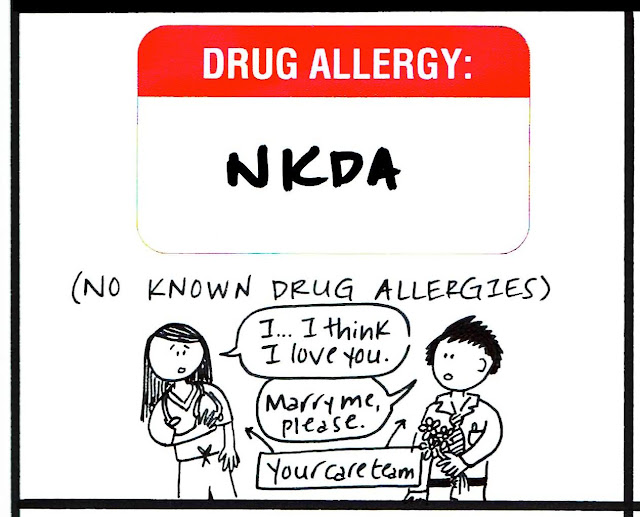 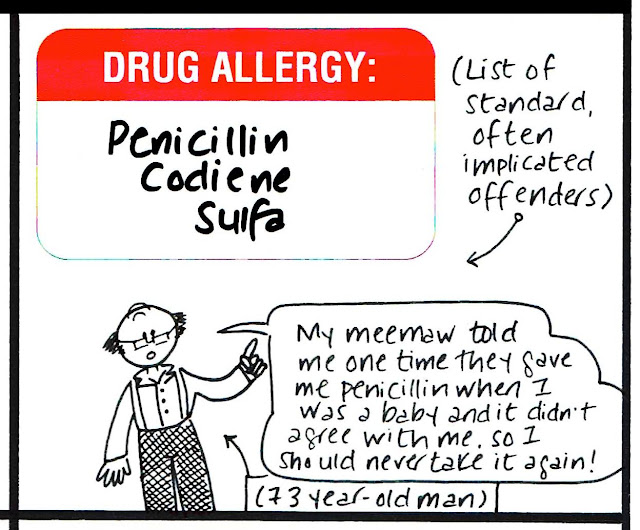 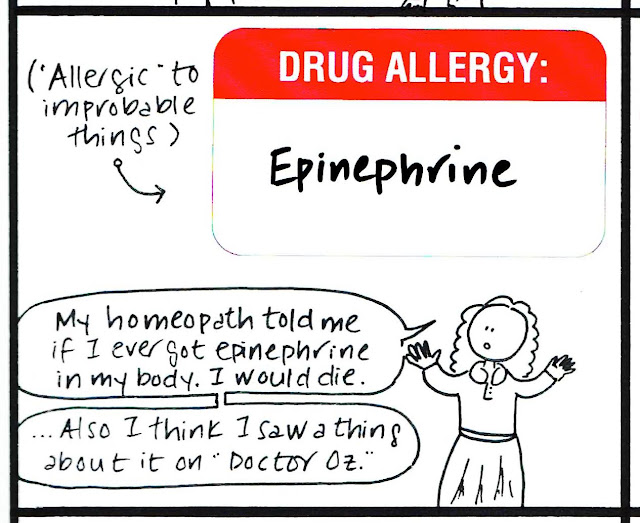 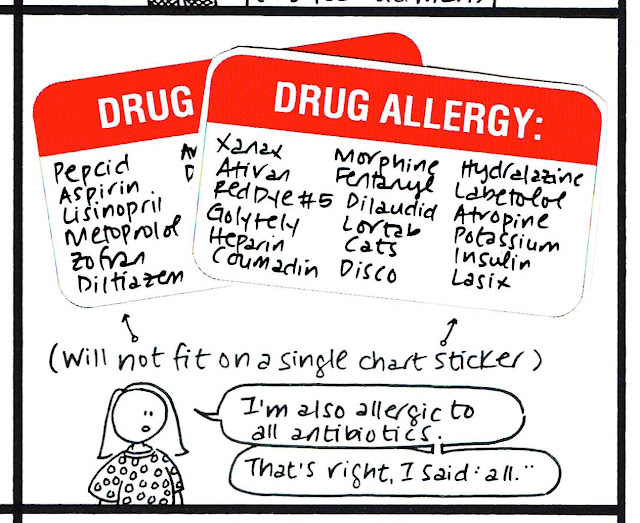 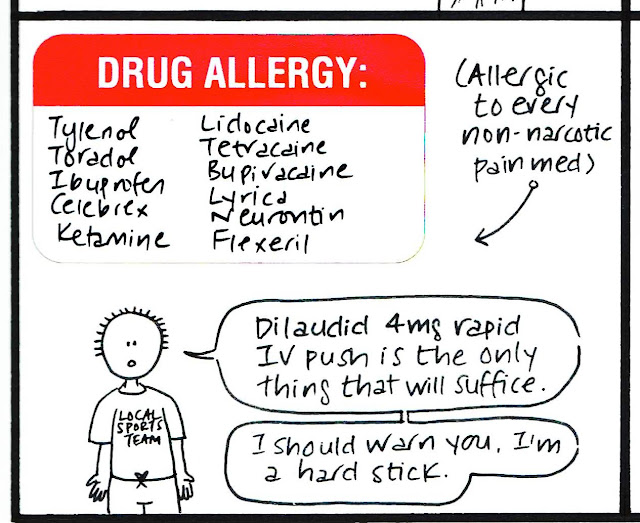 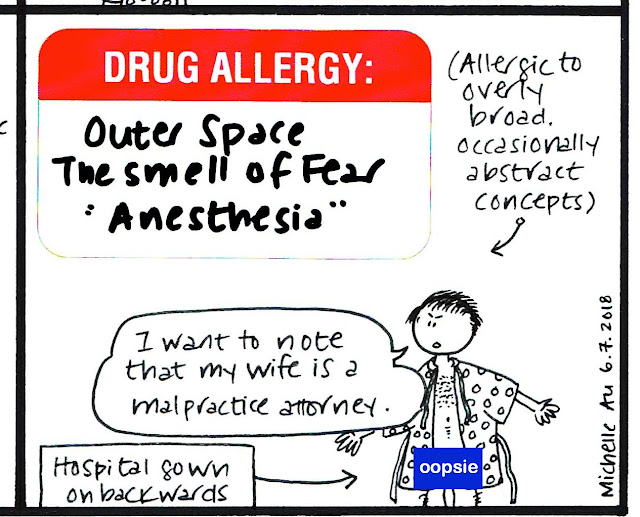 * My editor ultimately decided not to include the comics with the book, which...look. At the time, I was a little disappointed, because I'd worked hard on them. But even at the time, I knew it was absolutely the right call. Strong work, Emily Griffin.
Posted by Michelle Au at 4:48 PM